Having won the Ashland Hill Climb on Saturday, David Laney made the 6 hour drive north for a repeat performance on Sunday, winning the Timberline Mountain Run. 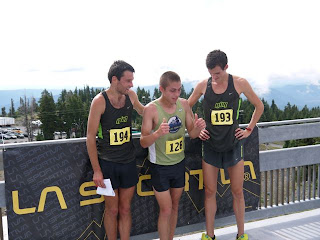 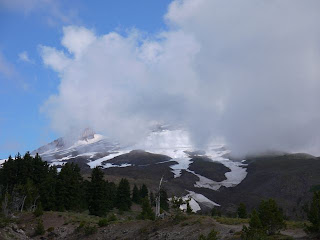 Thanks to everyone for coming out for a great race and kudos to Bryan and his crew for putting on such  great race!!


I will have the complete rankings for the series up as soon as I can.

Posted by Robert Yerex at 7:56 AM No comments:

A cool morning with scattered clouds and a breeze greeted runners in this mornings Timberline Mountain Run. After winning the Ashland Hill Climb Run yesterday in Ashland (a 6 hr drive south of here), David Laney was among the first off the line. 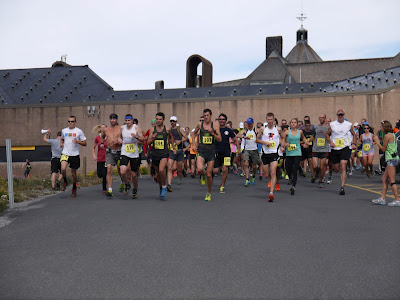 Posted by Robert Yerex at 10:22 AM No comments:

David Laney and Becka Kem overcame any issues with what little lingering smoke there was to win the Men's and Women's open at the Ashland Hill Climb.

As he does every year, Torsten put on a fantastic event., It was up in the air (literally) if the race would be held. Several large forest fires close to Ashland had pushed the air quality index well into the unhealthy zone by Thursday. Fortunately, cooler weather and a bit of rain, as well as a shift in the wind cleared the smoke by race morning. It was a nail biter for Torsten who ultimately had to make the call on Friday to hold or cancel, just part of the behind the scenes trials and tribulations that race directors face. So many thanks to Torsten and his whole crew for persevering and getting it done!!

My only tribulations involved the SD card in my fancy new camera which got zapped and I have no pictures of the event.

Now with two races in the series completed, I will be tallying rankings in the next day or so and posting them here. Today I'm up at Mt Hood for the Timberline Trail Run. A few intrepid souls who ran Ashland yesterday came up for the race today.
Posted by Robert Yerex at 9:48 AM No comments:

Time to pick up your race packet at Rogue Valley Runners. Smoke has really started to clear out and things are looking up for tomorrow's race! 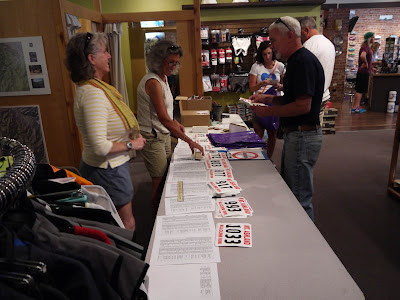 Posted by Robert Yerex at 3:47 PM No comments:

After tomorrow's Ashland Hill Climb, the second event in the weekend double is the Timberline Mountain Run. I'll be packing up here Saturday and hauling up to Mt. Hood for Sundays race. See you there!

Posted by Robert Yerex at 11:55 AM No comments:

Looks like the race is going to happen!! Please see the official site for details. The race director reserves the right to cancel at the last minutehttp://www.mtashlandrun.com/.

Posted by Robert Yerex at 11:21 AM No comments:

Check out other USATF-Oregon resources